Alcohol and Aging: Does Alcohol Age Your Appearance?

Alcohol and Aging: Does Alcohol Age Your Appearance? 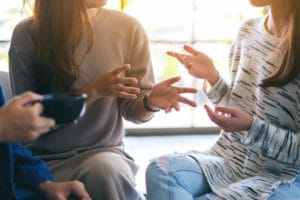 Many changes occur when a person abuses alcohol. Some of these changes include factors such as finances, legal, or mental stability. There are also more visible factors of alcoholism.

This includes alcohol’s impact on the skin, body weight, and others. For example, someone who drinks frequently may develop red or yellow skin; they could also gain a lot of weight. All in all, many signs of aging can be triggered by substance abuse.

Why does alcohol and aging happen? Drinking a lot of alcohol has a dangerous effect on the organs and chemicals of the body, resulting in skin damage. In addition to this, it can also do more damage to a person if they already have a skin condition. There are many other effects alcohol has on the skin as well, like weight gain due to its high-calorie nature.

What Are the Visible Signs of Alcohol Abuse on the Body?

There are many different ways that alcohol can negatively affect the body. When consuming alcohol consistently, results in massive changes to the skin. Consistent alcohol consumption over a long period can have concerning results if a person has a pre-existing skin condition. In addition to all of this, alcohol has a big influence on the amount of body fat distribution.

Those who abuse alcohol over a prolonged period may experience an excessive amount of weight gain. For men this is especially true, and concerning. Men who suffer from an alcohol use disorder could develop estrogen hormones and diminished testosterone. This has the potential to result in enlarged breasts, wider hips, and fatter legs.

How Does Alcohol Affect Your Skin?

Alcohol mainly causes indirect damage to a person’s skin. This is due in large part to the impact it has on the body’s organs and chemicals. This is especially true of the liver, which comes as no surprise. The liver is responsible for breaking down nutrients and metabolizing drugs. When damaged, the body’s organs cause chemical changes that have a lasting impact on the body’s largest organ, the skin.

Does Alcohol Cause Wrinkly Skin?

Alcohol does not cause wrinkly skin, but there are other effects of alcohol on the skin, which include the following:

Alcohol abuse also has the potential to make pre-existing skin conditions much worse. Some of these conditions may include the following:

How Does Alcohol Impact a Person’s Weight?

Alcohol can have a massive impact on a person’s weight. If someone uses alcohol for a long period, they may experience a significant gain in weight because of calories. Not only that, but mixed drinks have a significant amount of sugar in them. For those who drink heavily and have a slower metabolism, this is very likely to result in weight gain.

In addition to all of this, alcohol also has the potential to lead to hormone issues. Men who drink alcohol in excess may be at risk of developing hormones that enlarge their breasts. This is because not only does alcohol impair testosterone production, but it also prevents the breakdown of estrogen. Not only does alcohol affect hormones and breast enlargement, but the calories seem to travel down to the stomach, hips, and legs as well.

As previously mentioned, many physical problems result from drinking too much. However, skin and weight aren’t the only parts of the body affected by alcohol abuse. Alcohol abuse is likely to result in alcohol and aging and damage to the brain. This is especially true for young people who abuse alcohol.

In a recent study, young people were split into those who reported heavy drinking, and those who did not drink. The results were as one might expect: those who abused alcohol performed much worse mentally than those who abstained. What’s worse is that those who performed poorly did so similarly to an elderly adult.

But what did these tests cover exactly? This mainly had to do with executive function. This sort of test includes the following:

Executive dysfunction is common in those who are older, but when it comes to young people this isn’t the case. Young people shouldn’t have a hard time with executive function. The studies, however, indicated that three-quarters of those who struggle with alcohol abuse have issues with their cognitive functions.

What Are the Effects of Alcohol on Skin and Aging?

Alternatively, alcohol does a good amount of damage to the liver. This causes the body to not metabolize nutrients the way it should. When this happens, other organs become damaged, resulting in a chemical imbalance. These chemical imbalances lead to early aging.

Alcohol abuse is not an easy thing to overcome. Many obstacles will get in the way and inconveniences arise. For those struggling with substance abuse, it may cause future issues when it comes to aging quicker.

At Orlando Treatment Solutions, we can help. There is no one-size-fits-all method for treating an alcohol use disorder. You can rest assured that our team will meet every unique, individual need you may have. Our highest priority is providing people with the resources they need. If you or a loved one would like to find out more, you can contact us here.